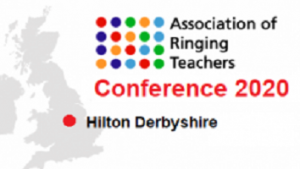 The Miley Cyrus seems to be dominating discussions and starting to affect our ringing activities. From Sunday ringing to striking competitions, questions are getting asked about what we should do. The Council has issued some guidance but we honestly can’t say any more than the CMO advice. I have seen some guilds have already cancelled events. The ART AGM is still on though, and I am looking forward to it this weekend.

The most hand sanitiser I have used in one day came last week when I had a meeting with Roger Booth. Sorry that didn’t come over right – it was just that we met in a hotel near Oxford and the hotel had hand sanitiser all over the place! That was the first day of no handshakes though. On top of Roger’s recently published “Six Point Plan” to save ringing, he has ideas on so much that is in the CC strategy that I really needed to meet up with him and get his input into some specifics. So Roger is working on some good things including a new mobile belfry concept.

Many years ago, Barry Peachey had a proposal to put a ring of bells on a bus. It was going to be an all singing all dancing bus with the side folding down and the bells coming out on a platform. The idea was to be able to take it round schools, shows etc. Some years later I came quite close to buying a second-hand double-decker for about £10,000 on eBay to see if you could put a mini ring on it. When the alcohol that fuelled the idea had worn off, I did seriously look at it with some bus experts, but it became clear that a bus just isn’t strong enough. And I was challenged as to where exactly at home I was going to park it. Anyway, the bus idea got parked.

As a family we have been to the Deer Shed family music festival a few times. When I was sitting in a tent last year watching Charlie making some corn dolly effort (which had got me quite a cheap hour’s peace and quiet) I chatted to the people running the tent and they thought having bellringing at festivals would be brilliant. These family festivals feature a daytime spent paying for your children to do things while you sneak off to the beer tent, gin bar, or falafel stand. Festivals are a potential target of a more mobile belfry (on fat wheels to get through the mud).

Graham John (Technical & Taxonomy Workgroup) is working on bringing forward an idea I have had for a mobile app that will help hone listening skills. The basic idea is that on your phone you will see the equivalent of the bellringers you see on Abel. The bells will start ringing and then the app will pick one of the bells randomly and start making it odd-struck, maybe by about 5ms per second. As soon as you can tell which bell it is you will touch that ringer on the screen and get a suitable ‘Bingo!’ message. Then you will move onto the next level which might require you to hit the bell that is wrong a little earlier. Higher levels might involve change ringing or multiple bells starting to drift. The overall idea is to make it fun and maybe even competitive while focusing on listening very carefully. Graham stumbled across this amazing listening skills website http://tadhill.com/ringing/#   Test yourself on that in the meantime!

I have now finished sending the “Strategic Priorities 2020 and beyond” document out to all affiliated guilds and associations. It is a working document rather than something that is going to get published with a glossy cover and page numbers. It has received encouraging feedback, and more things to think about. I hope to keep talking about different parts of it in this blog. If you think you should have received a copy and haven’t, please let me know.

For instance, two new task-forces are in the process of being established. One is going to look at how we can get ringing into schools more effectively, and also youth groups and programmes like the Duke of Edinburgh’s award scheme. We have got some people with great experience and links into schools. The other is going to look at strategies for preventing the loss of ringers when they go to university. This is actually a time when we lose a lot of ringers and we are not in such a luxurious position that we can let this happen. Team members are either about to go to university, at university, or still involved in university ringing, all with good contacts and understanding of the problem.

What a great picture on the front of the Ringing World last week! Instantly recognisable as Ditcheat, if you know what Ditcheat looks like. I have rung some painful peals in my time but nothing quite like when a peal board fell on me in a peal there. Many pub sessions will have featured the “Which are best eight – Chewton Mendip or Ditcheat?” Chewton Mendip for me. When I first went there I missed my first the sally because I was unprepared for the sheer awesomeness of the sound.

A quiet couple of weeks for peal and quarter peal ringing for me. 50% return in the period at Birmingham Cathedral (you win some, you lose some), but a nice trip out to a surprise practice last night rewarded with a course of Cornwall and some Double Dublin. In the Project Pickled Egg Facebook group this week we had some interesting discussion on whether fishtails approached from above are more difficult than fishtails approached from below, and whether fishtails on the front or back are described as something else. The discussion finished by wondering when the term was coined. Does anyone else call a triple fishtail a whale’s tail?