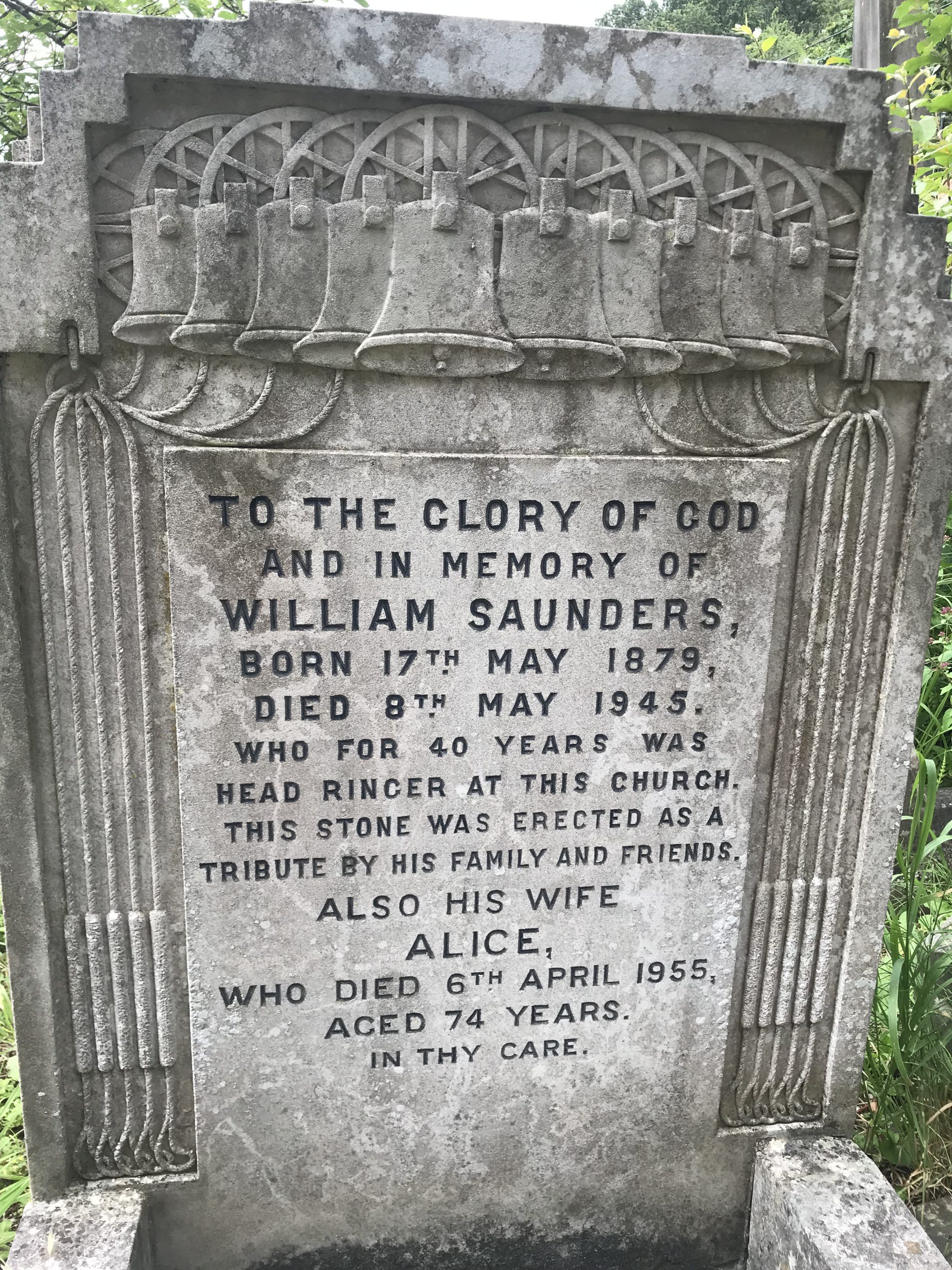 I first came across this headstone in 2016. We were attending the Brass Band Festival in the grounds of the Coalbrookdale Museum of Iron and, as we had a bit of a wait before our band was due to play, we went for a walk. Visitors to the museum wouldn’t normally venture far afield but there are a few pleasant walks nearby. Holy Trinity Church is a short distance from the museum and close to the church tower there is this headstone. I thought it worth a photo at the time. More recently the record of William Saunders in the Central Council’s Biographies collection caught my attention. His occupation as Iron Moulder was the reminder. Re-checking the photo confirmed that it was the same person so we actually know a little more than we can see on his memorial.

He was born in Aston in 1879, learned to ring in 1896 and rang his first peal in 1905. He rang 216 tower bell peals and 15 handbell peals. His photo in the CCCBR Biographies shows him with a set of shiny handbells and Holy Trinity Church in the background. He was the Ringing Master of the Bridgnorth District of the Hereford DG from 1939 to 1945. What else can we find out?

As ringers we probably see more graveyards than most people. Some of the people commemorated will be ringers, maybe significant ringers. Some memorials actually tell us so. It would be nice to know who is there, if only to apologise for ringing Plain Bob Triples on their bells.

So how to find out who is in our churchyards? That would normally be a time-consuming task that many local history groups have trudged through over the years. However, technology may come to our rescue! The Church of England is working, through the Church Buildings Council, with a number of national partners to develop an on-line resource combining maps, registers and images relating to burial grounds. The concept has been trialled in two churchyards in the Leeds area and, according to The Daily Mail, is planned to go live in five years.

Our challenge is to find out more about the ringers of the past and organise that information into something useful. Well, a lot of that is in old issues of The Ringing World and Bell News. There is also a lot of local information. Association minutes, annual reports and newsletters can tell us how individual ringers contributed at that level. Local newspapers printed stories about ringers and ringing, especially if they had a set of handbells in their garden. The small amount of information we have about William Saunders draws us into all the unanswered questions about him and the ringers around him.

Are you interested in the history of ringing in your area? That is great. You don’t have to join anything, you don’t have to do much more than follow your own interest. You can do it at your own speed and following the trails you find. Check out the Local History page on the new Bellringing History web site: http://www.bellringinghistory.org.uk/Projects_Local.aspx

Meanwhile, if you can add to William Saunders’ story, then get in touch. 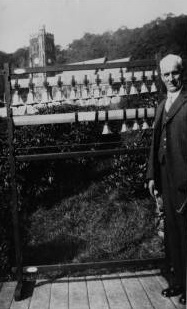 The Church of England: