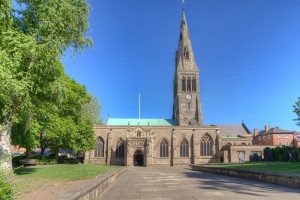 Who would have thought that seven hours of virtual Council meetings could be enjoyable? Such was the variety of discussion and number of people involved last Sunday that it was no hardship, and really quite a nice day in. The ‘to do’ list is rather more frightening but at least it is shared widely.

Four new faces joined our meetings for the first time. Dickon Love I mentioned last time, and gave a very interesting (and professional) presentation on the Dove development plans, while Colin Newman and Ian Roulstone (see blogs passim) took the opportunity to get input into the schools, youth groups and university work. Then Mark Regan contributed to Council work for the first time. I have asked Mark to establish an as yet unnamed Workgroup to develop strategic relationships with the Church, heritage and funding bodies. He brings lots of contacts with organisations such as the Church Building Council, NHLF, Arts Council, DACs, Cathedrals, etc, and is already helping on a number of initiatives.

One participant in that and many recent Zoom calls is no longer with us. My constant lap companion Not Sherman (so called because we already had a cat called Sherman and this wasn’t him) shuffled off this mortal coil. He had become a social media star in his own right and will be missed by all his fans.

This isn’t a great time to be in any bell related business although there was good news this week in that the CofE has allowed opening of churches to contractors, which should enable bell work to resume. And while on the subject of bell work, the deadline for nominations for the Westley Awards for bell maintenance is 31st May – this is particularly aiming to recognise the development of skills in belfry work (search on google if you didn’t see the link).

The Surrey AGM was much trailed on social media and congratulations for doing it. There is a recording on their website which is worth watching by any association contemplating such a meeting. My only comment was that CCCBR was spelt CCCRB on the slide!! But at least you have elected good CC Reps who I am sure will be making an active contribution.

I am writing this watching the RSCM’s Zoom discussion on how to keep church music alive. In many ways their problem is greater than ours. There were some high-quality bookcases behind the speakers – clearly curated specially for camera. Unlike my back ground which is a set of bookcases and cabinets filled with hippos. And that was on the same day that the Sunday Times published an article on the potential for large-scale permanent closure of churches.

The breadth of subject matter for ringing Zoom meetings and talks seems to be increasing as organisers run out of training material. The Worcester Cathedral ringers kindly invited me to their weekly Zoom practice last week to talk about the Central Council and their place in it (and yes the audience was the same size at the end as the beginning), and I have another couple of gigs booked in. If anyone else has got to the point of needing to find external speakers I am more than happy to give what is quite a personal view of the Council, and take feedback from the coal face.

Lots of these invitations to join people or to think about different things come as a result of people saying “I read your blog and…” That is a great motivator for continuing to write them, along with the challenge of introducing surprising words! Just wait for this week’s.

Top entertainment was the Leicester Guild’s Monday night Bristol Maximus extravaganza marking the 70th anniversary of the first peal thereof, which was rung by a local Leicester band. Garry Mason gave an excellent talk about the peal and its ringers, which was followed by a gallant attempt to demonstrate quite how difficult it is to ring Bristol Maximus on ringingroom.com with a hand-picked 11 plus one stand-in who happened to be spotted lurking in the churchyard. “Let’s just ring four leads!” he said.

Chris Mew has retired from his very long-standing role as the CC’s Safeguarding Officer. He may well have been in post from the time subject first came to prominence and was responsible for all the Council’s guidance papers, as well as maintaining close contact with the Church’s safeguarding hierarchy. Chris’ contribution to Council work is far greater than just this and hopefully it won’t be too long before we can thank him appropriately. Chris has handed over to Ann White and Dave Bassford, who will share the role.

The other day out cycling, Charlie asked me one of her random questions – “Dad, how is your mind organised?” Tricky. I know how I recall methods though. I see a complete half line as a picture in my head, and in spliced I can quickly recall those pictures. Eleanor says that where I seem to have a neatly indexed filing cabinet she has a lucky dip bag. I asked in the PPE Facebook group what other people see and pretty much established that all our minds work differently.

I have finally worked out why there are two CCCBR Facebook groups. One isn’t a Group it’s a Page! Duh.

Plans for the Birmingham University of Bell Ringing have taken a leap forward with the identification of a site we can have, and the Leader of the Council telling his planning team to ‘make it happen.’ There are a few hurdles left of course, and a lot of money to find, but the plan published in The Ringing World a few weeks ago could yet come to fruition.

I am looking forward to the first YouTube competition finishing this week. 24 entries in so far including two handbells touches. Bostin’!