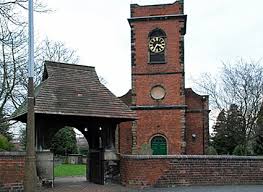 Posted from the Trent & Mersey Canal, Middlewich. We listened out for the sound of bells on Sunday whilst chugging through the Cheshire countryside but there still aren’t too many towers that have restarted. Those that have reported happy clergy, happy congregations, and ringers who are making the most of current restrictions.

Southwark Cathedral once again hit the national media after CC PRO Vicki Chapman did an interview with the Guardian on returning to ringing. The story managed to come across very positively, and the Sunday ringing at Southwark met all the guidelines. Southwark made use of household pairs to ring some adjacent bells, and maybe the odd straight line, which 12 bell towers have more chance of than smaller rings.

Gareth Davies, a member of the Historical & Archive Workgroup, delivered a lecture on the Churches Conservation Trust’s YouTube Channel. He managed to cram the entire history of bell ringing into 45 minutes, with fascinating facts interspersed with dry humour (“the lack of bells in Salisbury Cathedral deprives visiting Russian tourists of another thing to see”).

The June YouTube competition, aka ‘Robot Wars’, saw Tim the Robot emerge victorious. Rising stars Rosie and Ritchie Robot had their hopes dashed by this usurper who turned out not even to be a real robot. To add insult to injury, Rosie now has rust issues from the tears streaming down her face. Look what you’ve done Tim!

This month’s subject is best striking on eight bells or more, an area where there is far less material already on YouTube. No doubt the Pipes will be producing another piece but where on earth are David, Henry and Alfie going to find another ringer? Time to unleash the Pipe secret weapon…

Do you remember your first Dove? Mine was the orange one. I underlined my towers, and put codes next to each tower. I cannot remember now whether FR (Fairly Reasonable) was better or worse than RF (Reasonably Fair). Now I am 70 times more likely to use online Dove than the book, and as I write this I see it is a Red Letter Day – the code for the new Dove database has been released. That might not sound like a big deal, but it’s an important part of Dove’s development pathway to create a much more powerful tower data platform. Sorry Dickon – epic failure to make that sound as exciting as it should be.

A few weeks ago we ran a request for new blood in the Stewardship & Management Workgroup and I am pleased to say it bore fruit. Five additional team members – Chris Birkby (maintenance, fundraising), Nick Wilkins (a surveyor, currently running an augmentation project at Farnborough), John Beresford (structural engineer with particular historic buildings speciality), Keith Brown (lawyer), and Simon Plows (bell projects, ART hub). The breadth of subjects upon which SMWG can advise is growing.

One recent request for advice had the team searching for Intellectual Property expertise. An association had used an image from another website that turned out to be copyrighted, leading to a substantial claim from the image rights holder. Detailed guidance will be issued but suffice it to say, be very careful when using pictures whose provenance you do not know – a letter from an image rights protection company will be a very nasty surprise for any association treasurer.

Introducing bellringing into schools is a key challenge of the new Schools and Youth Groups Workgroup. An early output of this, albeit one which Jason Hughes has been working on for many years, is a suite of eleven lessons about bellringing for Year 5 pupils (9–10-year-olds) (see RW 10 Jul p.684–7). This has been designed in such a way as to be able to be delivered by a non-ringing teacher (a crucial feature) and has been delivered in a school trial with great success. What makes it particularly attractive to schools is that it links directly to the National Curriculum for England, putting aspects of bellringing into each subject. Jason freely admits the lesson plans need a final polish to make them production quality but this has great potential. If you are in a position to introduce this into a school, let me know and I can introduce you to Jason or Colin Newman.

The stakes have been well and truly raised in the “Best Guild Newsletter” competition. Robert Wellen sent me a link to the latest edition of Face to Face, the newsletter of the Salisbury DG, and it is an incredible piece of work.

The Mobile Belfry 2.0 project is moving on apace. With the design pretty much finalised, a funding bid has gone in for one of the £50k grants from Ecclesiastical, under the project name ‘Resound’ – big shout out to Roger Booth who has led on the bid document. The Loughborough Belfoundry Trust is emerging as a potentially very useful partner in the endeavour. With another sizeable donation coming in, details of which I will be able to reveal soon, there is a very good chance of the first of these new Mobile Belfries to be ready in the spring.

Julia Cater gave a presentation via the St Martin’s Guild that broke the Guild’s Zoom attendance limit. Her subject was techniques for ringing big bells – clearly of very wide interest. If you missed it, a recording can be found here. I shouldn’t think many people have heard of the importance of core strength in ringing context before, or been advised to ‘engage their lats’. Charlie Linford announced afterwards that she was now more interested in ringing heavy bells than conducting.