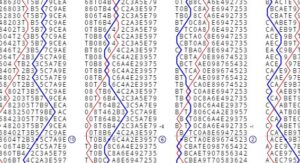 The ‘Cast of 1000’ was introduced in the Council’s Strategic Priorities document that was produced early in the year. The idea is to establish a roster of 1000 experienced ringers who are prepared to go to one additional practice a month provided it is reliably organised, well run, and for some folks’ specific benefit. It is an idea specifically aimed at middle and upper reaches of the ‘Red Zone’ where many aspiring ringers are getting stuck for opportunities. 1000 ringers could deliver 30 additional practices every Saturday and only have to go once a month each. It is an idea that has College Youth and Cumberland support in principle but which was put on the backburner when ringing stopped.

However, a version of it can now work now, especially as we have noticed that many more experienced ringers who could be very helpful are inactive and not getting involved in any ringing on Ringing Room. There is very little developmental Surprise Major ringing going on except ringers in isolation on simulators. So, two ideas – a personal project of starting some PPE-focused practices and getting the Cast of 1000 going – will coalesce with some trial PPE practices on Saturdays in December.

Accelerating this is just one idea of a joint CC and ART team looking at survival and recovery – how we not only look to rebuild ringing next year but also just how we help more ringers get through the winter. Everything is more difficult when it’s dark and cold (except growing mould and stalactites).

Is there a psychologist in the house, or someone with similar experience? The aforementioned Survival and Recovery team is quite keen to find someone who can help with developing some articles and other things that can help ringers cope in this continued period without ringing, and maybe managing the anxiety of returning to the end of a bellrope when it happens. Contact me or lesley.belcher@bellringing.org if you could help.

Our consultations on direct membership continue, with the first of our sessions with young ringers last week. And very interesting it was too. The young ringers expected that there would be an overall membership organisation but valued greatly the support of their local associations and the opportunities they provide. The lack of any overall coordination of major events was a puzzle, and Bellboard was favoured as the channel for ringing information and news, combined with a decent ringing app. We have two consultation events coming up where we would like to gauge the opinions of anyone who is just generally interested in ringing and doesn’t mind spending about an hour debating direct membership. 19th at 8pm and 24th at 8am (for morning people!) Email us – consultations@cccbr.org.uk

Ringing opportunities are of course few and far between everywhere, unless you live in a Covid free zone, but a few ringers were able to mark Remembrance Sunday with the ringing of a single bell, and in some cases Ellacombe chimes. Bells on Sunday on Radio 4 treated us to the haunting sound of half muffled Stedman Caters on the Minor 10 at Worcester Cathedral (credit to Phil Orme for his continued effort with Bells on Sunday).

Lewis Benfield, a young ringer from Leicestershire, had been hoping to visit St Martin’s Birmingham to ring on 16 for the first time on his 16th birthday. When that plan was not possible, the Conductor of the St Martin’s band, Stephanie Warboys, arranged a special performance on a bespoke 16 bell tower in Ringing Room, with Lewis successfully navigating 3-4 through a couple of leads of Littleport 16 (now the relevance of the top picture becomes clear).

I was delighted with how a feature on bell ringing turned out in the children’s newspaper ‘The Week Junior’. Every issue features a different activity to try, and the young Brumdingers, and Max in particular, did an ace job of selling their hobby to their peers. Interestingly the journalist used a picture of Italian bellringing as the main feature shot when we weren’t able to deliver bellringers and bells in the same frame. It did not detract from the piece though.

Bruce and Eileen Butler are still deliberating on the October YouTube competition. Although there were only 12 entries, given they were training videos they are quite long, and the Philadelphian jury is taking its responsibilities seriously. If you have not seen the Playlist you can find it here. We are into the last month of the series now (unless we think of some new categories? A Christmas special perhaps? Or Champion or Champions? You’re getting carried away…Ed) with November’s topic being the “Film that promotes ringing in the most positive way” – there is still time to give that some thought.

I think I have mentioned the Salisbury DG newsletter before, and had the good fortune of seeing the winter edition of ‘Face to Face’ this week. It really is a tour de force of newsletter writing, managing 36 sizzling lockdown pages. I particularly liked new CC Rep Vicki Prowse’s very positive report of the CC Annual Meeting, of the work of the Council and it’s workgroups. Vicki takes her place on the beer tea or cake list.

Most ringers will know that the management of The Ringing World is grappling with a difficult situation, not made any easier by it being played out on social media. Spare a thought for them and the difficult job they do on our behalf. Also remember that although the Board is unpaid, the Ringing World does have employees who may read all that is said about it.

And finally, this will be the first time my blog has not been printed in The Ringing World. The Friday 13th issue (unlucky for blog writers) is a special one as you will soon see, and a contribution from me would have spoiled it. So I have been a bit of a rebel and pushed my word count out to 1013 and an emoji 😊.