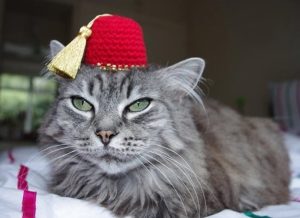 I have written another book! It can be found directly here  and linked via the CC website here. As previously trailed, it is about how to introduce closed handstroke lead call changes into the method ringing band’s repertoire. This is an eBook so can only be read online or on a mobile device, and includes videos linked from YouTube. I haven’t actually finished it, but the first four chapters are enough to get any band started on ringing in this style. By the time your band has caught up, mine will have moved on a little and will hopefully be good enough to film the next bit of progress.

Thanks to Lucas Williams, a young ringer from Buckinghamshire, for responding to my call for web editors on the CC Situations Vacant page. Although we are not short of web expertise now, Lucas’s email came when I was deciding that although Bryn Reinstadler (now Reimer) said that writing Calling It Round in the Hugo language was easy, this was a different definition of the word ‘easy’ to the one I normally use…

That Situations Vacant page has been expanded again with a major new intro including Trustees and now including the search for a new Secretary. This is not an emergency situation vacant – Mary Bone flagged her intention to hand over her pen some time ago – it is just that now we need to get a wriggle on and find a replacement. The opportunity to be Secretary of the Central Council does not come along very often so if this role has been your aspiration, now is your chance.

The Secretary of The Worshipful Company of Founders kindly invited me to join their Master and Wardens for one of their Court lunches. The Founders, number 33 in the Order of Precedence of Livery Companies, has a relatively modern hall that opens out onto the churchyard of St Bartholomew the Great, Smithfield. Alan and Katherine Hughes (Whitechapel) and Tom Westley (Westley Group) were both there so there were almost as many bellringers present as there are at functions of my own Company, the Bowyers (a mere number 38).

The Council’s Bell Restoration Fund has been swelled by £87 from Amazon Smile. Don’t knock it though – it is free money to make up for all that interest we are not getting. If your BRF has not yet registered with Amazon Smile so that your own purchases benefit your BRF in a small way, this is something to look at. And don’t worry, your Treasurer does not see the details of exactly what you buy!

There is more detail on the form of the Council AGM weekend in September, and particularly Sunday’s Roadshow. We hope this will be an attractive ringing day out, as the previous Roadshow at Goldsmiths College in 2019 was. The general format is that there will be exhibitors from the ringing trades, publishers and purveyors of ringing books and aids, a seminar programme, mini-rings to experience, expert handbell ringing demonstrations at which to marvel, and even a beer tent (although it won’t be in a tent).

One thing we do need is someone with experience of using Microsoft Publisher who could join the team and do the programme for the weekend. It does not need to be designed from scratch because we have the Publisher file from the last Council AGM and Roadshow – it needs someone who can adapt it, put in the new content, and keep it looking good.

We have had a report of a tower where the incumbent has restricted access to visiting bands unless a full set of Basic Safeguarding training certificates can be shown. This might seem rather extreme, and we will be encouraging a phasing in of this requirement given some Dioceses are less advanced in providing training opportunities than others. It does show how seriously the Church takes this and the need to get all ringers through the Basic training. Members of my local band have started sending in their Basic Safeguarding training certificates and we are well on the way to having a full set. No one has yet either complained or found it onerous.

I am not someone who has continued to participate in distributed online ringing post lockdown, although many people still do and gain great enjoyment from it. Ringing quarters and peals online requires special skills, nerves and a very reliable fast internet connection. When we had the online call change competition during lockdown I noted that there was an inverse relationship between the quality of the local scenery and the quality of the internet connection. There was a heavy price to be paid for living in the Lake District!

The towers of the Carlisle Diocesan Guild essentially form a ring around three sides of the Lake District. The Guild has responded to the challenges of Covid and the need to ‘build back better’ by completely overhauling its constitution and organisation structure, with much more of a focus on developing ringers and ringing. Ruth Gilbert takes up the newly created position of Guild Master with Ed Matthews as Secretary.

Their new PR Officer Julia Cater was quick out of the blocks with an appearance on the BBC news, likening an out of tune ring of bells in Hartlepool to a ‘honky tonk piano’ – some people like them but you wouldn’t want to play one every day. It was an excellent piece, with another positive ringing message in mainstream media.

I have started looking at methods for a peal of spliced next weekend, which leads me to a question on what we call various bits of blue line. I have points, fishtails, and whale’s tails for 1-3 point structures. Add to that cat’s ears and bedsprings – there are lot of aides-mémoire. As I have reported previously, Charlie is reading The Core Seven and Beyond, which describes quite a few of these, but she has a name for a standard bit of work which I bet no one else uses. What do you think a “cat in a fez” is?