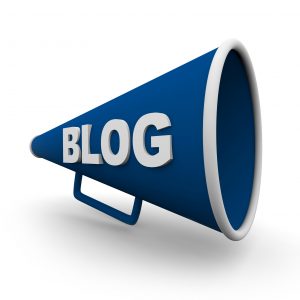 Four months in and time to start writing that blog that Vicki our PRO says I should do. Actually given my own CC Rep said to me on Saturday that he didn’t know what was going on it’s about time!

I’ll do it every couple of weeks if I can. Tell me if it gets boring.

The St Martin’s Guild AGM saw me retire from being Guild Master after 11 years, which frees up some time for Council work. This was always going to be the thing I sacrificed but on reflection 11 years is quite long enough to be in charge of anything. If you’re in any job for longer than this it doesn’t prove you’re good at it, it shows you’re not good at finding or creating your successor.

The search is on for a web editor to help the CC’s webmaster. We do get lots of complaints that ringers cannot find things on the CC website and although we now want the website not to just be a set of committee pages, we are very aware of the problem. Request for volunteers went to existing workgroups first (which bore no fruit),and so has now gone to Reps and Societies. If that fails we will look to the entire ringing community (although I have now had an expression of interest).

Last Tuesday I saw Diana Evans who is Historic England’s Head of Places of Worship Strategy and sits on the Church Buildings Council. I sat next to her at the CC Dinner. I am interested in her views on speeding up the process for taking rings of bells out of redundant churches. She said the reason the Church is reluctant to let bells go early is because they always want to keep open their preferred option of the church being used for worship again, and giving up the one thing that calls people to worship is a symbolic admission of failure. This will not be an easy issue to solve.

A meeting earlier in the day was with the Churches Conservation Trust. They are really keen on bells and bell ringers now. They get a lot of stick for not looking after their bells so they are planning to do something about it. Lesley Belcher from ART came with me. We are going to work with CCT on a major ringing recruitment campaign that will launch in May and will be run annually if it works. We have analysed all CCT’s churches with bells and identified the ones for specific recruitment in May, ones which will work as ringing training centres, and ones where their ‘Champing’ product can be expanded. More on that next time.

A request to ring for Brexit was kicked straight into touch. The Council does not endorse ringing or political reasons. It actually coincided with the final drafting of a piece of work Clyde Whittaker and Vicki Chapman have been doing to formalise a decision tree on when we recommend ringing for a certain event and when we don’t. There are lots of requests for bell ringing from various third parties – some are obviously a good idea and get shared widely. Others are not so clear cut.

The Bells for Brexit story went a bit mad mid-week. After the CC got name checked in that Leave.EU statement the press were hunting round for someone who wanted to stick their head above the parapet and say we were trying to block the plan. The press love bell stories as they can get the word ‘ding dong’ in their headlines! I gave The Times an interview, which was then reported and copied by other media, and then I gave in to the BBC and said I would do a piece to camera provided they combined it with film of young people ringing. So they came to Moseley and did the interview with the Brumdingers in the background.

I am keeping my hand in with my own ringing activities, partly because I don’t want to lose touch but also because I quite enjoy it. Brumdingers last week had 10 kids with an average age under 11. It is a bit manic and chaotic and I need to maybe stream it so the better ringers make more progress. They love it though and that’s the important thing. On Saturday mornings I always try and attend the Birmingham School of Bell Ringing. Last week I ran the Level 5 tower and this week I am taking the childrens’ Level 2/3 tower. By way of contrast, on Sunday I called a peal of variable treble cyclic Spliced Maximus at the Bull Ring (and was third oldest in the band ☹). The variable treble version of David Pipe’s ‘Classic’ cyclic composition has been rung 20 times, compared with 95 times for the 11 part, which is a fair indication of how much harder it is! Variable treble doesn’t have to just be in hard stuff. We ring a lot of Variable Treble Grandsire in Birmingham – maybe its delights need sharing to the wider world.

A certain long peal at Ston Easton called into question what constitutes a ‘record’ when you are ringing spliced and hence whether you need umpires. I need clarity on this point! I did make the trip to the College Youths meeting Tuesday to have the honour of reporting “successful Master.”

I hope that after next weeks Exec Skype call I will share my strategy document and plan. I have been working on it since shortly after election, and it has probably had enough consultation now. We are already working on a few of the strategies just in case you didn’t think anything was happening in the ivory tower.

That’s enough for now. I need to keep some news up my sleeve.