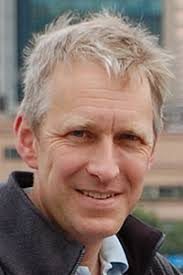 As I write this on Brexit day it is clear the bells for Brexit story fizzled out. We managed to get some positive TV coverage though with Moseley’s young Brumdingers getting on the BBC Breakfast Show. I know lots of ringers did local media interviews and hopefully managed to spin out some positives for ringing, although you sometimes take pot luck with media bell ringing stories!

After the BBC piece I was contacted by BBC’s Children and Education team about adding bellringing-oriented resources for teaching music at KS2. Facebook was once again a fantastic way of uncovering what experience we have between us and I was able to find lots of teachers who have used different resources in schools at this level. Ongoing discussion but interesting.

We found a web editor! Mark Elvers from Kent is going to be helping our current webmaster initially clearing a backlog of website updates. The call for help also unearthed other people with computer skills (some of which I didn’t even understand) who could be useful on other projects. App development could be a key one.

The “Strategic Priorities 2020 and beyond” paper has gone to a few people including some guild masters for critical review, with positive feedback so far, leading to a few tweaks. As a taster, the six priorities are:

We can no longer rely on the church to supply us with recruits, particularly youngsters, and we have to work harder to attract and retain them.

If a ringer wants to progress, they should always be able to find a pathway that helps them.

The pursuit of quality performance is something that binds together all the different strata and styles of ringing. [Use of the word ‘excellence’ is under review. Maybe something more along the lines of “strive to do our best”]

The sound of church bells is quintessentially English, although it exists more widely. When people hear bells it should not only remind them of the presence of the church, but they should recognise and appreciate the skill involved.

No one should feel a failure if they do not do method ringing. All ringers are valued.

If we cannot ring every bell or for every service we must retain the Church’s goodwill in order to continue to have access to their bells.

This strategy document is not going to be perfect. Some people will pick holes in it, but I am going to distribute it anyway as a working document and get on with it.

The Churches Conservation Trust projects are progressing, at least their ‘Learning to Ring’ campaign, which has identified 15 of their churches as targets for recruitment in May. We are getting in touch with all those about setting up ‘taster days’. I am very excited about Sunderland, which is a sentence I have never said before.

I have come across some work I did on “Ringing Impact Bonds” back in 2015. It was Philip Earis’ idea and he thought I might be able to implement. Now I reckon it is worth looking at again. The basic principle is similar to any Social Impact Bond (also known as ‘pay-for-success financing’). People who care about something invest and pay based on successful outcomes. So for ringing, investors (ringers who care about the future of ringing and have the capacity to back that with investment) promise to pay a certain amount each time a programme creates a new ringer with success at a certain level. So for instance you might pay each time ART gets someone signed off at Level 5, or when a ringer rings their first peal.

Talking of peals, I managed to not ring any since Blog#1, partly thanks to a comedy miscall of a peal of Orion on Monday night (not by me). Early trips to the pub are often useful though. Simon Melen said he had got to the top six of ‘The Listener’ crossword competition to find that two of the others in the top six were also bell ringers! This led us onto an idea for targeting social media marketing at certain groups along the lines of “if you are good at / like doing this, you ought to consider bellringing.” Crossword puzzlers, train spotters (!), etc. Peter Elliot had also suggested something along these lines for rural recruitment and I think there’s something in it.

I did enjoy the challenge of a quarter peal of Little Bob Minor with four firsts including two Brumdingers. I am not surprised there aren’t many quarters of Little Bob – there is hardly any time in between changes of coursing order, and this particular attempt needed 100% coursing order focus!

A trip to Bristol to speak at the UBSCR Dinner was both enjoyable and useful. I got a chance to speak to quite a few undergraduates at university plans, and particularly an idea to target ART’s teaching bell handling course at Year 12s so that young ringers turn up at University already having some teaching experience, and hence have more confidence teaching freshers. Universities are not going to get as many ready-made ringers as they used to, so recruitment and teaching is becoming more important. I was thinking of a summer camp where young recruits are taught by young would-be teachers – they get taught to teach, and the kids on summer camp get taught by people more their own age. Is there time to try that this summer I wonder?

Anyway that’s enough for now. I have methods to revise.