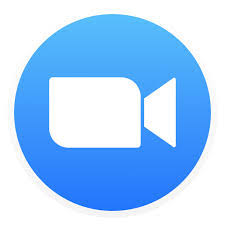 Zoom’s origins are from 2012 when the initial audio-visual (AV) platform was launched. When we fast forward to March 2020, there was a significant need for online AV platforms for the many people in Covid lockdown who needed to work, visit family and . . . . ring. Zoom was a popular choice for two main reasons. Firstly, it was easy to use. Secondly, the entry level service was free with small groups, and inexpensive for medium sized groups.

In the rapid growth of Zoom in the spring of 2020, some security concerns surfaced. The need to address these security issues was exacerbated by Zoom’s phenomenal growth (between December 2019 and March 2020, Zoom’s use increased 20-fold to 200 million daily users). As this application became more popular, the hackers, trolls and bombers came out. The security onslaught was so severe that some corporate users delisted Zoom from their acceptable tools set. The Zoom team sprang into action and began fixing security holes, developing work arounds, beefing up the encryption and adding user tools to allow users to manage the security issues.

One of the most visible security problems was allowed by a convenience feature: the host sets up a meeting, creates a link, and publicizes the link to the invitees. When these links and credentials were posted on social media, the unwanted Zoom-bombers collected them and became unwanted attendees. There were reports worldwide of very, very bad behavior by these bombers. Zoom added passwords as a default, and also included a choice to use randomly generated meeting id’s and finally a ‘waiting room’ where all who desired to enter could be vetted. These randomly generated id’s would reduce the chance that a meeting id that had been posted on social media would be of much use to a zoom bomber. Zoom added end-to-end encryption that was enabled when all users in a meeting installed and used the client. Zoom continues to increase the encryption level and allows corporate clients to manage where the zoom calls are routed. For paid clients, breakout rooms were available making possible to host ringing festivals and manage (by compartmentalization) larger groups. To boost credibility, Zoom created a security blog to track their security improvements.

During the meeting, it is not possible to hear two voices at once, so it is possible to vocally ‘step’ on each other. Watch others and when you jump in, be wary of that limitation. In the paid versions of Zoom, there is a ‘raise hand’ feature.

Use of Zoom by Ringers

One caveat is that if you are using an online ringing platform (e.g. Ringing Room), in order to reduce echo between the speakers and microphones two between Zoom and the platform you need to either mute your microphone before commencing ringing OR use headphones, which will limit the sound’s travel and effectively eliminate the echo. Note this virtually requires that the leader/host/conductor have a headset, because if the conductor is muted then conducting becomes more difficult. If using Ringing Room, bobs and singles can be “called” using the keyboard, but putting people right is not possible. It is possible to temporarily unmute oneself by holding down the spacebar with Zoom but, since the spacebar is also used to ring bells in Ringing Room, this isn’t of much use during ringing.