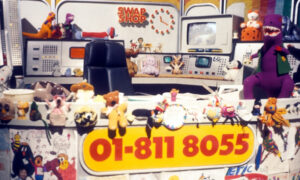 I’ll start with two different levels of good news and bad news. The first bit of good news is that it is mid-January and we are still eating Christmas cake. I might actually finish reading the Christmas Ringing World before running out of Christmas cake. Tempering that joy is the fact that there still seems to be a bag of sprouts in the fridge. There are some good things to have come out of Bedfordshire, but Brussels Sprouts are not included.

More seriously the latest lockdown has seriously blunted our hopes of a quick recovery to ringing. I updated the Covid guidance on the CC website but felt it was so obvious what the guidance would be that it didn’t really need to be broadcast. Although many churches remain open there is pressure from churches themselves to close even if governments permit opening. Work on guidance doesn’t stop, and the good news of course is that vaccines raise the hope of some sort of return to ringing.

Young ringers’ practices, which had been enabled by guidance on running out of school children’s activities, didn’t manage to get started at all when Lockdown 3.0 set in, and Tier 4 was excluded from that guidance anyway which would have greatly restricted applicability. When we drop back into Tiers again we may be able to resurrect that in lower Tiers at least.

Christmas ringing was curtailed through no fault of our own, although hopefully all those who wanted to ring at Christmas managed to do a little bit. Many communities would have heard bells for the first time for many months.

How many places’ New Year’s Eve celebrations have bells as a focus? I was amazed to see a video from York Minster of crowds outside – the ringing of the bells at the Minster is a key part of that city’s celebrations, and suspending the ringing this year was a key part of York trying to stop people gathering. I remember in the short period when I was a member of the band at St Martin in the Fields how challenging it was to get to the tower on New Year’s Eve to ring out over Trafalgar Square, and the astonishing noise outside that drowned out the sound of the bells anyway!

Which leads me onto an idea that I want to get going this year which is an annual competition to find “Britain’s Favourite Bellringers” (name to be decided). The idea is that this would raise the profile and awareness of bells and bellringers in local communities, with the competition voted on by members of church congregations and the general public. What would motivate people to vote, and what would be a good prize for a winning band?

Did you watch Swap Shop or Tiswas? (now the picture makes sense!) You need to be a certain age to understand that question! Our house watched Swap Shop because it was on BBC and we weren’t allowed to watch ITV… The basic principle was that deluded kids phoned in with offers of something they didn’t want (usually complete tat) and wanted to swap it for something else (usually more desirable), with mixed success. Adam Crocker has adopted “Swap Shop” to describe a new programme of finding a home for ActionXL controllers which are no longer needed by those who have splashed out on eBells. It’s not really a swap of course – in return for your ActionXL controllers you get thanks and the knowledge that you will be helping someone else’s virtual handbell ringing, which is reason enough to do it of course. If you have spare controllers please email motioncontrollers@hotmail.com – mine have already found a new home.

The St David’s Diocesan Guild featured in an excellent four page spread in the glossy West Wales Life&Style magazine. It is sometimes difficult to steer journalists in the right direction in pieces like this, but Guild Master Anne Bunker is quoted extensively, and clearly managed to get the best out of the reporter. The article also features some very good photography – I am guessing commissioned by the magazine. Journalists struggle to get good photographs of ringing, and we struggle for pictures for our own publicity material. We are shortly going to launch a photo competition along the lines of the YouTube comp that will enable us to create a photo library for ringers and journalists to use (with due permissions of course).

One of the highlights of my last couple of weeks was attending the Ruislip Ringing Room striking competition (fashionably late due to a diary malfunction). Sonia Field put it together and really showed what can be done in terms of maintaining and developing an inexperienced band. Eight ringers who nine months ago could hardly press a key in the right place, ringing courses of Doubles methods – each member had their own team drawn from the other members of the band. All creditable, all fun, and enthusiastic. That is just one example of how bands are keeping going with their ringing survival activities and even building skills.

The joint CC and ART Survival and Recovery group has been in touch with guild and association secretaries looking for ‘Recovery Champions’ who can help with the flow of new ideas and initiatives to keep people involved and motivated until we can return to our towers. Might you be the person your branch or district is looking for? Annie Hall (anniehall@covdg.co.uk) is already sending information out to the first responders.

And finally, a word for my print edition publisher. It’s an exciting time at the Ringing World. With neither song nor dance the announcement appeared of four additional Directors to the Ringing World who are no doubt looking forward to rolling up their sleeves and plotting the future direction of the business alongside the existing team. It is a challenge I understand they relish, and I look forward to joining the first enlarged board meeting next week. Now where is the Christmas issue I still haven’t finished …