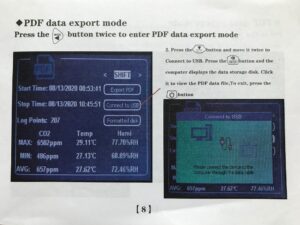 Is it better to have a lesson on bellringing taught by a schoolteacher who is not a bellringer but knows how to teach, or by a bellringer who doesn’t?” Discuss.

Last Friday was a seminal moment for a project being run by Colin Newman’s Schools and Youth Groups workgroup to introduce a scheme of work into schools that weaves bellringing into the National Curriculum. It is the brainchild of Jason Hughes, who has developed lesson plans across multiple subjects that can be taught by non-ringers but which introduce ringing. Mark Regan set up pilots in two Worcester schools, and year 6 and 7 lessons were observed being taught by non-ringing teachers. The children were also taken to a local tower where they had a go at some backstrokes. It was a great success and a full report will be forthcoming. “Are you going to come again?” asked a pupil hopefully.

We are nearing the launch of a new publication aimed at those setting out into the world of calling touches and then growing into a conductor. It is being written by Bryn Marie Reinstadler and draws on her relatively recent experience of learning how to call and conduct on both tower and handbells, and from different positions in the circle. It even manages to sneak in some mentions of practicing in Ringing Room! As a new departure for Council publications, this is going to be published online only, drawing on the ability of the environment to embed videos, links to other resources, and interactive tests and quizzes.

Ringers in England are now halfway through the four week extension of restrictions. Quarter peal ringing is picking up, and a few six bell peals are trickling in. On joining the ranks of those who have rung a tower bell quarter this year I took the opportunity to measure the CO2 in Solihull ringing chamber. Getting my new CO2 meter to work followed a three-stage process. Stage 1 was what I do with any piece of new tech – assume I will be able to work it out without the instructions, which are only provided for stupid people. When that failed, based on this being a completely unintuitive device with buttons that didn’t seem to do anything however often you hit them, I went to Stage 2 – swallow pride and read the instructions. Unfortunately, they were a very poor translation from the original Mongolian and didn’t move me forward. Stage 3 – tell Eleanor that if she gets it to work, she can have some of my giant Toblerone.

Now armed with a functioning CO2 meter we found that the CO2 peaked at 650ppm in a relatively large ringing chamber with four small windows, but quite still air. So that’s reasonable evidence of good ventilation. It was interesting that one of the ringers said that when he was at school (a little longer ago than me) background CO2 concentration was said to be 300ppm whereas now it is 400ppm. Global warming in action.

Hot on the heels of this first quarter peal outing was a social engagement in London – dining with the Worshipful Company of Bowyers. The Bowyers is the Livery Company with the highest number of bellringing members, a tradition started by the late Andrew Barnsdale who was a keen archer. Sitting between two other ringers enabled me to do a bit of Council business, discuss ventilation in towers, and ringing recruitment. Boxing injuries now replaced with falling over at Solihull station and bruising ribs.

Plenty of media outlets picked up on the 200th anniversary of the invention of the Ellacombe chiming apparatus, originally introduced at Bitton, Gloucestershire by the curate to try and outwit his errant bellringers. Newspaper headlines like “Church bells ring out in global celebration” show that despite the historical connotations as a bellringer replacement, this was a good opportunity to promote ringing to the general public. The next ringing publicity opportunity is the NHS Frontline Day (not global this time) next Monday 5th July when it is hoped bells will ring at 8pm to mark the founding of the NHS.

Charlie has attended another planning meeting for the Young Change Ringers Association, which plans to launch at the RWNYC in Worcester in September. The limited feedback I get from a 14 year old is that it’s ‘fine’, sometimes accompanied by a bonus shrug.

The RWNYC will be one of the first big gatherings of ringers since March last year. And talking of big gatherings, last Saturday would have been my favourite day of the year – the 12 Bell Contest Final, which this year would have coincided with me celebrating being 20,000 days old. Having gone two years without needing to dip into my new stripey blazer and cool shades budget, I’m really going to have to make up for it next year in Guildford.

Young ringers’ groups have been restarting and getting on with it again as though nothing had happened. The most notable thing we have found with the Brumdingers is that they are all taller and stronger, learning to tie knots in ropes has replaced the fight over boxes, although there will always be a place for the splendid “Boxy McBoxface”. The Leicester DG has been advertising the restart of their young ringers’ group, with fortnightly meetings and also looking forward to the Youth Contest. Youngsters benefit from learning in groups so we need to do whatever we can to connect them with each other.

In preparing for and then attending a meeting of the CC Executive last Tuesday evening I managed to miss 27 goals in Euro 2020 and an England T20 international, but such is life. One of the many topics discussed was events and our continued need to find some people to help with their organisation. Don’t be put off by thinking it’s too big a job – we’ll welcome anyone wanting to be involved in organising stuff.

More real ringing than virtual ringing this weekend for the first time in a year, plus cricket. Normality is returning.