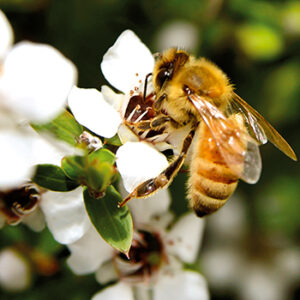 Two or three times a year we have a meeting where two representatives of each of the Central Council, the Ringing World, and ART discuss matters of mutual interest. Last week we had such a meeting, each of us responsible for our own tea, and as a basis for discussion we each proposed three things that we wanted to achieve in the next 12 months and three things which we thought ringing needed generally, whether we could influence it or not. For instance, the Ringing World team talked about their quest for new subscribers and plans for new books, for ART there was the need to find more tutors to meet the high current demand for bell handling courses, while one of the Council’s three targets was supporting a nationwide recruitment campaign.

Recruitment and training of new ringers was a common theme, as was getting something going in the general area of leadership/mentoring/volunteering. This has quickly sowed the seed for a possible virtual conference in the new year. ART and the Council are also both very keen on developing call change ringing as a target in itself, with ART’s Learn the Ropes Call Changes in the offing, and a National Six bell call change competition. I was very sad to hear Ryan Trout suggest on social media (following his very interesting article in last week’s Ringing World) that the traditional Devon call change competition season might not recover from the pandemic.

Meanwhile, with her GCSE Textiles project in mind, Charlie has been thinking about a problem she thinks needs solving which is finding the ideal garment for young ringers. Polo shirts are as passé as they are uncool, despite what the leaders of youth teams might think, and nor do young ringers really want t-shirts. Hoodies are the garment of choice, but they are not very good for ringing in. So research is going into this gap in the market for a cool, comfortable, breathable, versatile, young ringer’s top.

We have seen an increase in organisations asking for ringing to support their campaigns and the Council has developed a policy for dealing with them, ranging from a polite ‘no’, usually reserved for overtly political campaigns, through to positive promotion. The latter includes requests from the Church. The call to ring on the evening of the COP26 Conference in Glasgow challenged us a little – sort of political, but the Church (of England at least) would like bells to be rung. Graham Usher, Lead Bishop for the Environment said “I am happy to endorse a nationwide ‘ring out for climate’ on the eve of the COP26 as a symbol of warning, but also of hope.”

This is not a new idea. Bells rang worldwide against climate change before the Copenhagen conference in 2009. Maybe we need to ring louder. The call is to ring on Saturday 30 October at 6pm, worldwide.

The Ringing Forums promised at the CC Annual Meeting were launched last week. I now have ringingforums.org bookmarked on my laptop, on my phone and on my list of things to check every day. The Forums respond to a few different requirements. For instance, if you have a burning ringing question and don’t know who to ask, and don’t want to ask it in a Facebook group either because you don’t use Facebook at all or you used to, this is the place to go (there is a registration process so it’s not instant). Friendly people will answer, and we have a technical team lined up to try and answer without baffling you with gobbledygook or trying to make you feel stupid.

We are looking for a band to ring the Kilby Memorial Peal 2021. This is a legacy left to the Council with the only requirement being that a peal of Stedman Caters is rung once a year to promote the method. It has to have at least one first in it. The legacy will pay expenses (travel, tower, guild, Ringing World) and even cover practice QPs or unsuccessful attempts. The Leicester DG rang the first one in 2018, then the Coventry DG put in a late entry in 2019. There wasn’t one in 2020 so please let us know if you could ring one in 2021.

Could I take this opportunity to remind readers about the Women in Ringing initiative? We are coming up to the first anniversary of the special issue of the Ringing World that supported this project, with many making a commitment to do something about the gender bias that pervades ringing. As Lucy Warren said in that issue: “We will need a coordinated, long-term approach to ensure a sustainable improvement. Just being proactive, being aware of the problem and discussion are a great starting point.”

I think about it all the time at practices I run, making sure I spread the conducting around, encouraging the girls and women in the band to call things and move out of their comfort zone. It is not a problem at Brumdingers because I cannot get the girls to be quiet or let go of the tenor rope. So, if you are in a position to make a difference, dig out that copy of the Ringing World or just go to the website, read some of the stories, and have a think about what you could do.

Finally I want to give a shout out to ringers from St Paul’s Manuka for thanking me for continuing to write this blog. I turned to Google to try and see where Manuka was and couldn’t get past references to Manuka Honey, which incidentally featured on Bake Off last week and seems to be all round top quality stuff.

Good to see ringers in Sydney able to enjoy a beer again on Freedom Day last week, after over 100 days of lockdown, with other states to follow. However, it is a sobering thought that lockdowns are still very real in some parts of the world, with ringers valiantly trying to keep things going in very difficult circumstances.