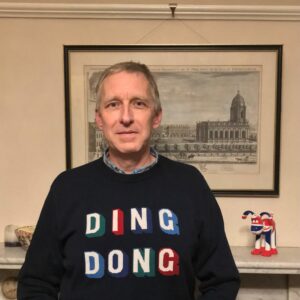 I have to confess that I have never been on a residential ringing course. Hereford and Bradfield have passed me by, although I know people who have been on them both as students and helpers and their enthusiasm shows why such courses are so popular. Focused training with good teachers and solid helpers is what so many ringers want and so few ringers get. The second of the Council’s Strategic Priorities, that “no ringer should meet a barrier to their own progress” identified the need for more residential courses so I am delighted that the first such course to be organised by the Council’s workgroups has now been announced. It will be in the north west of England next summer so book the dates now (11-14 August) if that appeals to you. Given how much thought has already gone into the planning I am sure it will be good. https://nwringingcourse.uk/

An opportunity to introduce people to bell ringing which you may not have come across is Spice. This is a social network for anyone looking to “do lots of things they wouldn’t otherwise do .. and meet lots of people they wouldn’t otherwise meet”. We have run four Spice events at St Paul’s Birmingham now, and although we see it more as PR than recruitment (and a reasonable earner), it sews a seed in people’s minds. I recently got taken to task for using the term ‘wrong demographic’ when it came to recruitment – well this is the ‘young to middle aged socially mobile and looking for things to do’ demographic, which is not a bad one.

I was a bit sad to find that both of the curates at my church are lapsed ringers and that one of them gave up after a year because she found it was ‘scary’. It’s a bad reflection on teaching if any learner gives up because they think ringing is ‘scary’. The Brumdingers joke about all having one ‘near death experience’ during their early learning so maybe it is an age thing, with the youngsters laughing off early losses of control, and older learners less able to. I just remember being really scared of long drafts when I was an apprentice, made worse by one tower grab where I missed my sally and it got jammed behind a cupboard.

One thing I didn’t get to do in my last blog was give a shout out to all the Council’s volunteers at the end of a busy year, and I had meant it particularly after talking about the work the Safeguarding Officers are doing navigating the forthcoming changes to Church of England requirements. We need more people to help though, and to that end there is now a volunteering page on the Council website with a big list of jobs. This was sent to CC Reps first of all and as that elicited no response whatsoever I am now publishing it more widely. Offers of help welcome.

The RingingForums could do with more subscribers. One subscriber asked “who is promoting this because it is good solid down to earth advice”. There are active discussions on a range of topics, and there are some sections where you can go and ask technical or method questions for instance and get a nice helpful answer. If you don’t do anything else this week, go to ringingforums.org and sign up.

Last Sunday, Birmingham bade farewell to one of its longest serving and most eminent servants – the person who, when I first joined Bull Ring practices when at school, I most wanted to be like. John Anderson joined the St Martin’s band in 1956 and the Sunday morning ringing on his final visit before moving to be closer to his family was as relentlessly good as it probably has been at any time in those 65 years. Thank you John.

We’ve probably all been to guild or association meetings where someone has laid out a bookstall featuring ringing books from different publishers and particularly the Central Council. It is the only opportunity some ringers get to see what books are out there to help them. My tour around the Council website this week lands on the Shop, where all the Council’s portfolio of publications is presented. Did you realise Dove’s Guide is a Council publication for instance? The buying of ringing books slowed considerably during lockdown but is now picking up. Well worth a browse. Some older publications are freely downloadable.

I am not one for Christmas jumpers, basically because I don’t really like Christmas (and particularly sprouts), so I was not tempted by M&S’s blatant targeting of bellringers in their Christmas fashion line up. Phil Ramsbottom spotted the article in the Guardian about the ‘Believe’ jumper which has become a hit with female clergy, and the equivalent in the menswear section has ‘Ding Dong’ on it. Then I got bought one anyway so I will be full of Christmas cheer after all. Incidentally I have a pewter charm with the word ‘Believe’ on it which I always put in my pocket for record peals. (I’d better not reveal what I write on my palm before handbell peals.) A bit odd for me really because I am not superstitious, but once you start doing something like that you can’t stop. Maybe that means I do have superstitious tendencies, except it doesn’t always work…

Spurred on by Barbara Le Gallez’s letter in last week’s Ringing World, I went to the Diocese of Birmingham’s safeguarding website and signed up to do the Leadership Training. Shortly afterwards I got an email from the Diocese saying I didn’t actually need to do it because I did the C2 (as was) leadership training less than two years ago which was still valid. So I surprised them by saying yes I really did want to do it again! I’ll do the course and report back.

That’s it – no more blogs before Christmas so it just remains to wish you all a good one, whether you’re wearing a Ding Dong jumper or not.